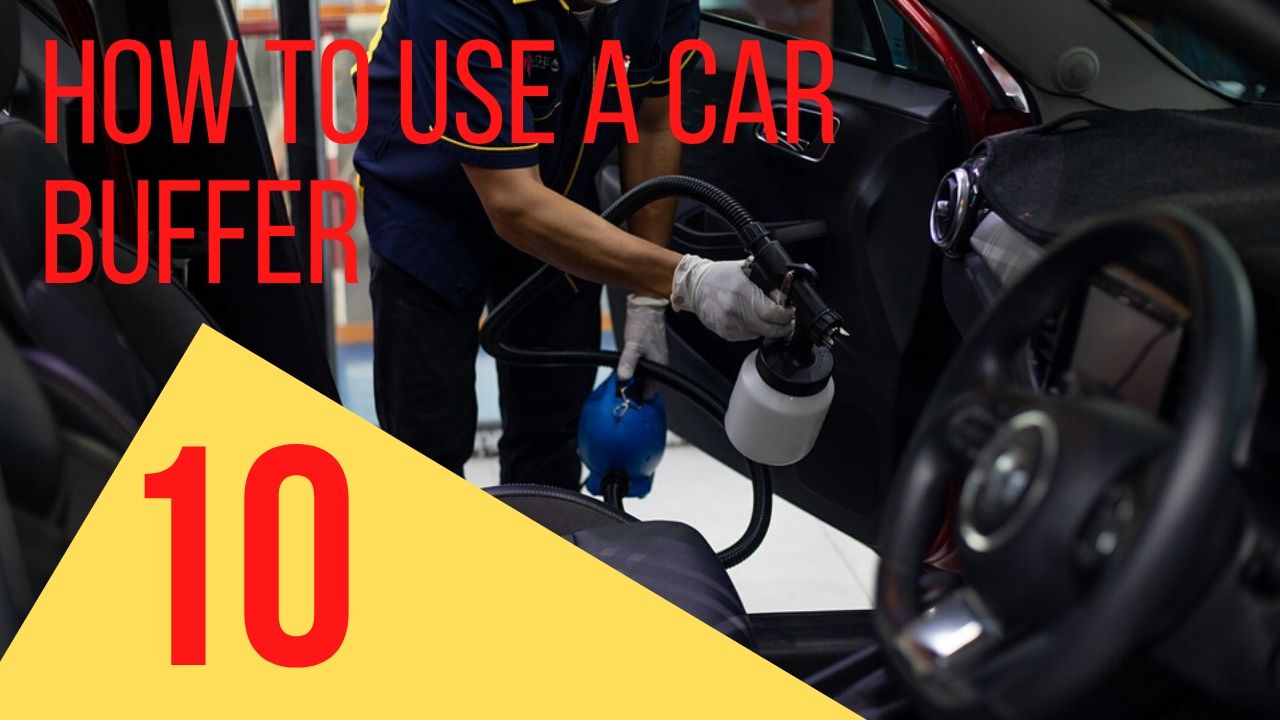 Scratches and dull car finish make a car look ugly as hell. In some countries a small scratch on a car can decrease its price by hundreds of dollars. If you don’t polish your car every once in a while, you get a dull car finish and some scratches as well.

Contents hide
Types of buffers
Car buffing procedure
Waxing a Car
Polishing a Car
When to polish and wax a car
Why wax by yourself
Should I use a buffer to wax my car?
Is buffing a car bad?

How to use a Car Buffer Guide

Rotatory buffers are cheap buffers and they are very hard to use. They are considered as ineffective and aggressive car buffers. They have such functionality that if not used by a professional they can do some damage to the car i.e. one might end up having swirl marks in the paint.

Dual Action buffers are much expensive but more convenient and effective buffers. They can even be used by beginners. Unlike the rotatory buffers their speed is independent of voltage and they rotate on two axis.

Now that you know which type to pick and use, lets move on to the part where you use it.

Before buffing your car make sure your car is washed, that will increase the chance of the successful car polishing and waxing. After that, test your buffer and polish before applying it on your car.

After you are sure that everything is fine and that your products are working fine. Apply the polish on the pad and make sure it’s evenly distributed on the pad by touching the pad with the car surface and giving it a few spins.

Choose a wide area and start buffing panel by panel. Make sure you maintain the pressure on the pad and use wide strokes working your product into the car paint.

After cleaning a few panel, switch pad with microfiber and buff again to get the shine on the car surface.

Waxing is much like buffing but the pressure applied a much lesser than that in buffing. Split the car into sections after waxing one section wait for 10-15 minutes and then use a microfiber towel and wipe the dried wax off the surface of the car.

After waxing the whole body of the car make sure to check if the wax has completely dried up or not. You can check that by swiping your finger on the surface.

You can also re-apply wax if you want to multi-coat your car surface but for that it is important that the previously applied wax has completely dried off.

For polishing, always use a new or cleaned polishing pad. If you don’t do so, the debris on the pad from the previous polish will stick to car surface and that is not good.

If you don’t have new pad you can use the old ones but first you will have to clean them. You can clean a used pad by soaking it in hot water until the polishing material has soften. Then wring them out, the pads will looks as good as new.

When to polish and wax a car

When it comes to a new car, many think that they don’t need to be polished or waxed for a long time but they are wrong. Sometimes new cars have orange peel on them, this material vanishes the car shine so in order to get rid of this material you need to polish and wax your car.

When it comes to old cars, you need to polish and wax them only once a year but of course if you think u need to do that one more time you can go for it.

Why wax by yourself

Waxing and polishing from professionals will cost you at least 100$ and the price can go higher according to the demand and the repetition of the detailing services. I would recommend you to perform the task by yourself because that will not only save you a lot of money but will also give you the other worldly satisfaction that you will get after watching your shining car and knowing that you did it all by yourself.

Should I use a buffer to wax my car?

If you use a buffer to wax your car then It will save your time and effort as well. Waxing car is not an easy job so If you wax your car by using car buffer then it will be pretty easy and time saving for you.

Is buffing a car bad?

Buffing a car is not a bad Idea if you do it correctly. As I told you that it is not an easy job and you should know that buffing a car effects the clear coat that is protecting your car paint. So by considering this fact it is best that you don’t buff your car again and again.