When there is no AC in the car on the hot summer season is like a punishment.  You can easily tackle this sweaty situation by maintaining the system of AC of the car. The AC of the car must be recharged and also should be taken care of its maintenance.

When you noticed that the air coming from the vent of AC is not chilled then the time is for recharge the AC. In this article, I will explain the AC systems of the car and how the AC works.

The possible faults of the car’s AC and the possible reasons behind them are also discussed in this article. Moreover, you will surely find the answer to how often AC of the car needs to be recharged.

Contents hide
Car AC Need to Be Recharged:
How leaks form in AC?
Other reason that cause faults in AC:

Working of the AC system of the car:

The AC system of the car is much similar and alike of the home’s and office’s AC system. The car’s AC system always uses a refrigerant gas that delivers cool and chilled air. There are four important functions of the system of AC. The first function that is served by AC is the cooling of the inside air. Its second function is to circulate the cooled air.

The third and fourth function is to purifying the air and dehumidifying the air respectively. In this way, the performance of these functions of the AC system delivers the best cool and pure air.

This range of temperature contains a humidity range between 45 and 50%. The AC system of the car utilized many important components that help to deliver the best temperature and distribution of the air.

Car AC Need to Be Recharged:

There are no specific intervals that let you know about the need for recharge of AC but the amount of chilled air or cooling should be checked. The cool air gives the idea about the recharge of the AC.

The cooling performance of the system of car’s AC won’t be easily affected by any factors. But if the AC system will not work well and provides not chilled air then it means that the system of AC has any kind of leakage.

When this cabin air filter is clogged up, the airflow in the evaporator of the ice-cold of the AC system is decreased and it leads to reduce the cooling air.

How leaks form in AC?

The leaks in the AC system are due to the oxidation of aluminium parts. These aluminium parts are the parts of the AC system. The condenser of the car’s system is the most unguarded part of the system of the car. It is because the condenser is at the car’s front part and there are more chances of damage by rocks and moisture. The oxidation is mostly held in those places which are covered.

The leaks form in AC is not fixed by yourself because it is illegal and the release of the refrigerant by its system is very dangerous to health. These refrigerants are causing damage to the ozone layer and it also increases the diseases of skin cancer and sunburn.

here is how to find leaks in car ac

Other reason that cause faults in AC:

When there is not enough refrigerant in the AC’s system, it does not deliver chilled air. The other fault reason in the AC system is the faulty expansion valve. It is due to the stuck of mechanical parts that cause a fault in the valve. When the valve is in contact with contaminants, it causes a fault in the compressor of the AC system.

When there is not enough refrigerant, it leads to a fault in the compressor clutch of the AC system. In this type of fault, there is an incorrect clutch air gap. The large amount of contaminants in the system of AC causes restriction from producing cool air.

The valves inside the compressor are bent and it causes a fault in the compressor. When the evaporator is leaked, the hot air comes out of the AC vents and it delivers not cool air anymore. All the above mentioned possible reasons are causing the faults in the AC system.

Tip to maintain the system of the car’s AC best:

The best tip to maintain and keep recharge of the car’s AC is to turn off the AC before the stop of the drive for at least 15 minutes. This tip will help to dry the system of out and there are no chances of bacteria to remain on the car’s evaporator. 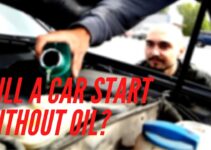 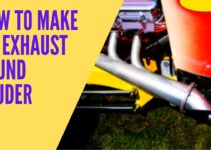 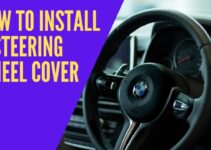 John is one of the best bloggers and he is here to help the community. He has done bachelor from Florida and he is a well-known personality in the blogging community